Shades of Havana, an oasis in the desert………….

Nestled in the middle of the Arizonan desert, amongst the urban sprawl, is a tobacconist shoppe that has risen from the ashes like the Phoenix and has been reborn with the name Shades of Havana. The new name and redesign of the shoppe needed publicity to further promote itself to its current customers and reach out to cigar aficionados unfamiliar to the treasure trove of premium hand-rolled cigars. Brothers Eric and Sean Parkinson contacted me at 423 Photography to work with them to provide photography for an ad that would run in the June/July issue of the Arrowhead Life magazine. 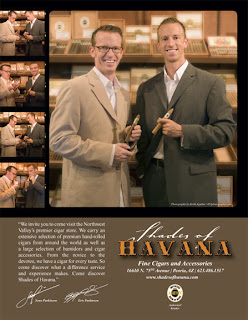 Our three-hour photo shoot produced many great images from which the final five made the cut for the ad.

Along with the unveiling of the new name and redesign of the shoppe, Eric and Sean are excited to roll out a one-of-a kind cigar, available only at Shades of Havana! The Scorpion, by Camacho Cigars, is proudly débuted for the world, who is invited to come and try a bold, unique taste. 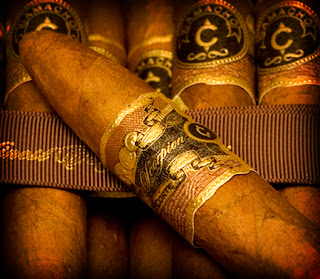 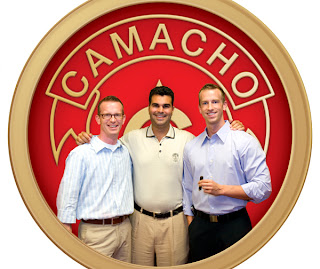 Visit the brothers at Shades of Havana or better yet, find a retreat from the sun and visit them at their shoppe located in Peoria, AZ on the corner of 75th Ave. & Paradise Ln.
Posted by Keith Aguilar at 12:30 AM

Cigars need to be stored in a controlled environment to ensure that they don’t dry off or get crushed or get damaged accidently.